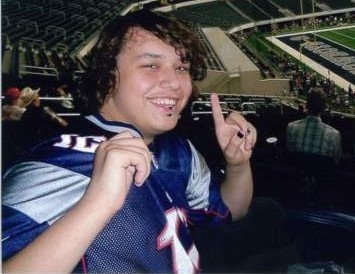 Fort Worth ~Sean Victor Brown, 25, a restaurant server, loving son, brother and grandson went to be with the Lord February 29, 2020, in Fort Worth.

Sean was born on August 10, 1994 to Randal Brown and Patricia Hernandez Brown in Fort Worth, Texas. He was a hard worker, with a carefree spirit, who enjoyed listening to music, being with his family and playing soccer with his friends and not to mention his fur baby Daisy. His favorite football team was the New England Patriots and Tom Brady was by far his all-time favorite Quarterback. His favorite soccer teams were the Arsenal F.C. and  Bayern Munich F.C. that he really enjoyed watching. He liked cooking and having his own debate in politics with anyone who would indulge him, he especially liked Bernie Sanders. There are so many wonderful things to share about Sean, he was generous with his giving, he had a huge heart and love for his family especially his girlfriend AJ whom he loved dearly. He was truly loved by his family and will be dearly missed.

To order memorial trees or send flowers to the family in memory of Sean Victor Brown, please visit our flower store.