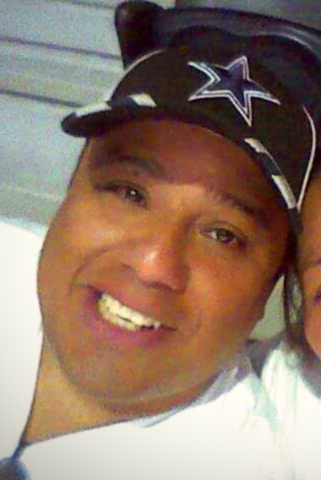 Robert was a man of deep feeling and tremendous compassion. More than anything he loved his wife, April, and his children Robert, Jr., and Jasmine. Family time abounded with swimming, games, movies, and laughter. Robert was an avid traveler and sports enthusiast, loving all Dallas teams, especially the Cowboys. Throughout his life, Robert cultivated many lifelong friendships. To be Robert’s friend was to have a friend for a lifetime! He was a fun-loving, kind, and caring man who found the greatest joy spending time with the ones he loved.

Robert was preceded in death by his grandmother Adella, and two sisters Carmen and Adella. Those who are left to honor and celebrate his memory are his loving wife April, son Robert Jr., daughter Jasmine, stepsons Dominic and Andrew, grandfather Donato, mother Patricia, two brothers Jose, Frank and wife, three sisters Julia, Vanessa and husband, Roxanne and husband, numerous nieces and nephews, and many other extended family members and a host of friends. Robert will be greatly missed.

Family and friends are invited to his visitation from 9:00am to 2:45pm Saturday, September 5, 2020 at Hawkins Family Funeral Home, 2711 Jacksboro Hwy, Fort Worth, TX 76114, followed by a service of remembrance at 3pm.