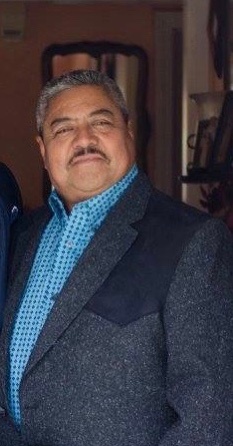 Juan Chavez, 54, a loving husband, father, grandfather, son, brother, and friend. Was called home to be with the Lord on May 5th, 2020 in Fort Worth, Texas.

Juan was born April 7th, 1966 to Juan Chavez sr. and Maria Hurtado in Acuña, Coahuila, Mexico. When he was 22 years old he was united in marriage to the love of his life, Ana Maria  Rodriguez on October 29th, 1988 in Acuña, Mexico. They later expanded their family with a daughter, Vanessa and 2 sons, Christian and Alexis. He worked as a concrete foreman and enjoyed woodworking during his free time. Juan liked to watch the show American Pickers. He liked to collect his favorite old-school cars such as el Caminos and classic Chevy impalas and trucks. He also liked to travel with his family and admire the scenery everywhere around him. Juan would have his entire family over for cookouts to watch his favorite teams play, he was a big fan of the Dallas cowboys and Club Santos Laguna, a pro soccer team in Mexico. These family gatherings also included lots of joy as Juan loved to make everyone laugh and smile. Juan also loved spending time with his grandchildren whether it was birthday parties, soccer games, or waking up to them screaming and knocking on his bedroom door and saying " Wakey, Wakey Papo".

To order memorial trees or send flowers to the family in memory of Juan Chavez, please visit our flower store.