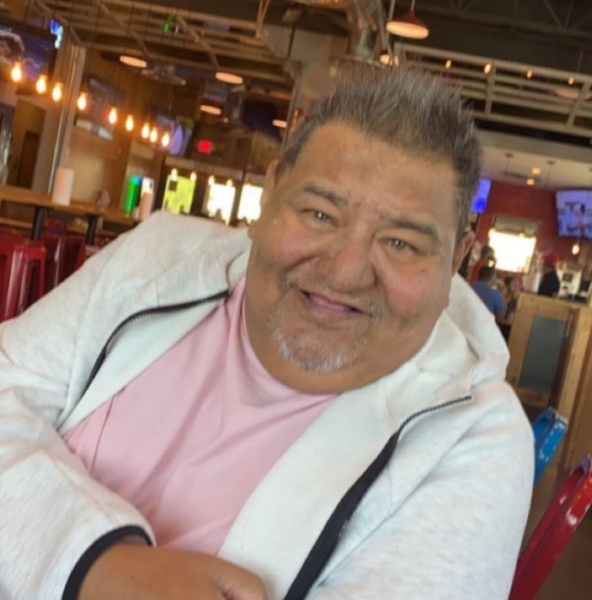 Joe was born to Crecencio H. Molina and Albina Perales on August 16, 1960 in Rotan, Texas. His family moved to Fort Worth when he was 12 years old. He  finished school and then enlisted into the Air force. He was united in marriage to the love of his life Nora Canales on November 12, 1983 in Forth Worth, Texas. He and Nora raised two daughters and a son who eventually blessed them with grandchildren and great grandchildren. Joe had many hobbies in life from playing softball, painting and drawing, building model cars. Watching and following the Texas Rangers and Dallas Cowboys was one of his favorite past times, but his favorite hobby of all time was cooking out. Family and friends coming together as often as possible is what led him to always have cookouts, where everyone would come together and hang out and have a cold beer and eat good food. This is when the every Friday cookout became a tradition rain or shine. His family was the most important thing in the world to him and he wanted to be able to have all his kids, grand kids and family all in one place as often as he could. He loved his family dearly and will be missed by his family and friends.

Joe was preceded in death by his Mother Albina Perales, his Grandparents Momo and Popo Perales and his brother Mark Richard Molina.

To order memorial trees or send flowers to the family in memory of Joe Luis Molina Sr., please visit our flower store.