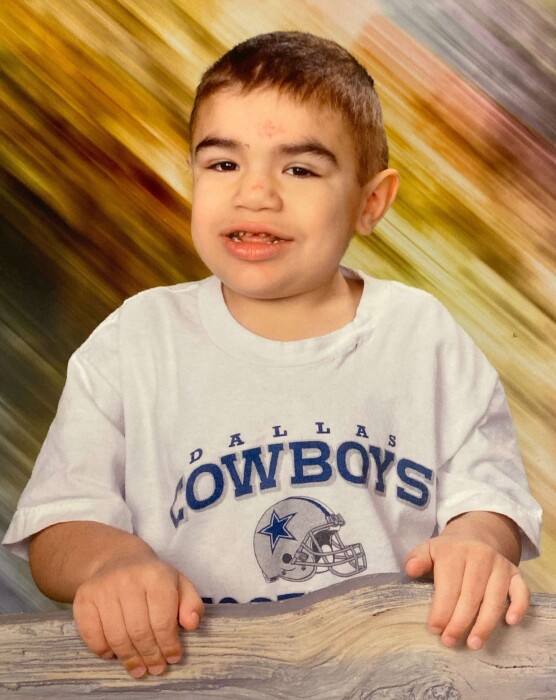 Javier “Papi” Naranjo II, 12, of Weatherford, a precious son, brother, grandson, nephew and child of God went to be with our lord October 22, 2020 in Weatherford, Texas.

Papi was born January 5, 2008 in Fort Worth, Texas to Nora Lisa Naranjo. He was always the life of every family gaithering’s, along with being the light in his family’s lives. Some of his favorite things to do were cookouts with his family, football, baseball and fishing. His true enjoyments were the Avengers, Cars, playing with his Tonka trucks any chance he could and most of all playing with his sisters and brother. He was a student at Curtis Elementary School in Weatherford, where he touched many lives from his teachers to his classmates and even kids who weren’t in his class. He was an angel and joy in everyone’s heart’s that will be greatly missed and forever cherished the rest of their lives.

Those left behind to cherish his amazing memories and loving life are his parents Nora Naranjo and husband Shawn Sharp of Weatherford; His sisters Leah Naranjo and Ivy Sharp; His brother Roman Sharp; His grandparents Javier Naranjo and Rosalinda Naranjo of Fort Worth; His maternal grandparents Curtis Sharp and Janie Sharp of Weatherford; His aunts Laura Naranjo, Irene Costa and Husband Branden, Vanessa Naranjo and his uncle Christopher Sharp; His cousins Adia Naranjo, Brooklyn Guiterrez, Noah Naranjo, Lilith Costa, Lana Costa and Harper Sharp; Along with numerous extended family and a host of friends, teachers and classmates.