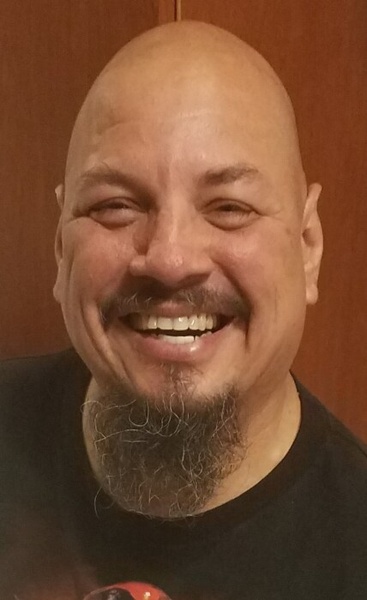 Henry Lopez, 54, of Fort Worth, a devoted husband, father, brother,  son-in-law, uncle, and friend was called home to be with the Lord on Friday, December 4, 2020 in Fort Worth, Texas.

Henry (Big Worm) Lopez was born on September 25, 1966 in Del Rio, Texas. He was a man of strong faith and upheld high family values. He cherished his family above all others. He would frequently say he had the most beautiful family in the world. He enjoyed teaching his grandson new things and passed down his silly disposition. Henry’s favorite things to do included spending time with family and his Sunday’s at the Malo Autoworks car shop. There he would help remodel classic cars with the Malo crew. Henry often played music everywhere he went whether it was from his cellphone or in his 1979 Chevrolet Impala. His favorite music ranged from Oldies to Classic Rock and Love songs. He was a loyal friend who would help anyone in need. He was also known for his sense of humor and joking with others to get a laugh out of them. He will be greatly missed.

He was proceeded in death by his loving son Johnny Lee Lopez.

Those left to honor and celebrate his memory is his beloved wife of 34 years Maria Lopez of Fort Worth, his daughter and son-in-law Maria Rosales and Carlos Rosales of Fort Worth, his grandson Oliver Rosales, and his mother-in-law Victoria Hernandez. Along with numerous extended family members and countless friends.

To order memorial trees or send flowers to the family in memory of Henry Lopez, please visit our flower store.