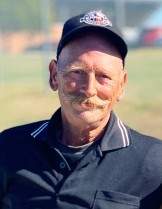 David Earl Kennedy, 59, a loving husband, father, grandfather, son, brother, and  friend, was called to be with the Lord on March 3, 2021.

David was born April 11, 1961 to Charles F. Kennedy and Mary Alice Jones  in Kerrville, Texas. He met and married his wife of over 40 years, Cynthia D. Stiles on September 26, 1980 in Fort Worth, Texas.  They raised 2 sons together and from there their family grew.

David was a machinist employed by Lockeed Martin, Bell Helicopter  and Aviall in which he retired from. He had numerous past times that consisted of watching his favorite sport teams whether in person or on tv, The Dallas Cowboys and Texas Rangers. He was an umpire for many years for many different organizations, he loved all kinds of woodworking. His passion for fishing and love of his family was what meant the most to him. He spent many hours on the water or in the truck headed  to some kind of body of water with his family.

He is preceded in death by his parents Charles Kennedy and Mary Jones , his sister Vicky Kennedy and his two fathers-in-law John F. Stiles and Robert Carter.

To order memorial trees or send flowers to the family in memory of David Earl Kennedy "Peepaw", please visit our flower store.