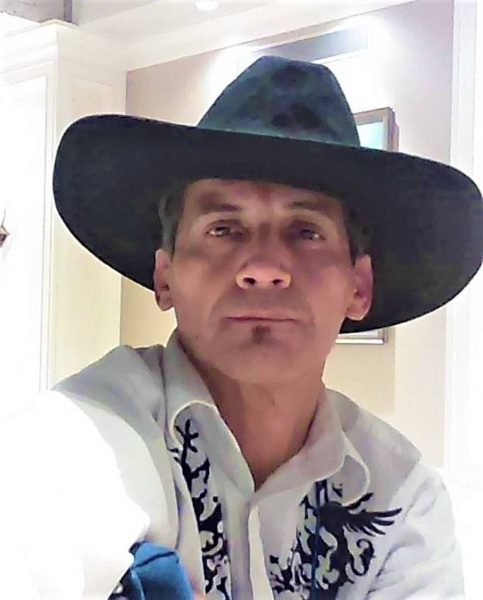 Andrew John Galindo, 58, an assembly line worker, a father, son, grandfather, brother, and friend, was called home by the Lord on April 29th, 2020.

Andrew was born to Sam C. Galindo and Celia Garcia on April 21st, 1962 in Fort Worth, Texas. Andy lived and played by his own rules and couldn’t be told otherwise. He had many hobbies from creating unique jewelry, going to the gun range, bow tournaments, fishing, and much more. He had a real flare for fixing just about anything, with the knowledge he gained from his Dad and Popo Ben.

Andy loved being a Popo. His grandchildren meant the world to him, his love for them was larger than life. Always being excited to see them and present them with gifts. Andy had an ear for all sorts of music. He enjoyed dancing, hanging with friends and nice cold beer on warm breezy day.

With a joyful heart, he looked forward to attending church service, with his brother Ben and sister in-law Baylin, and participating in praise and worship. Unfortunately, Andy was stricken with some serious health issues. He was cared for with unconditional love from his Mom the last 5-years of his life.

He is proceeded in death by his father and his grandparents: Bacilio and Oralia Galindo, and Anita Ruiz.
Those who are left to honor and celebrate his memory are his mother Celia Galindo; his daughter Margaret Trevino and husband Antonio of Fort Worth; his grandchildren Nieome Lopez, Dominique Rodriguez, Marc Anthony Trevino, and Charisma Trevino; his great- grand-daughter Aria Lopez; his long true love Sandra A. Galindo; his siblings Sammy Galindo and wife Melinda of Fort Worth, Benjamin Galindo and wife Baylin of Arlington and Becky Castro of Fort Worth; his nieces and nephews Sammy Jr, Amanda, Nicholas, Micaela, Christian, Noah, Vanessa, Jesse, Chloe, Jeriah, and Tj; his great-nieces and nephews Dylan, Aiden, Evan, and Miyrah; and many other extended family members and a host of friends.

We are saying farewell, until we meet again. Andy will be greatly missed.

To order memorial trees or send flowers to the family in memory of Andrew John Galindo, please visit our flower store.